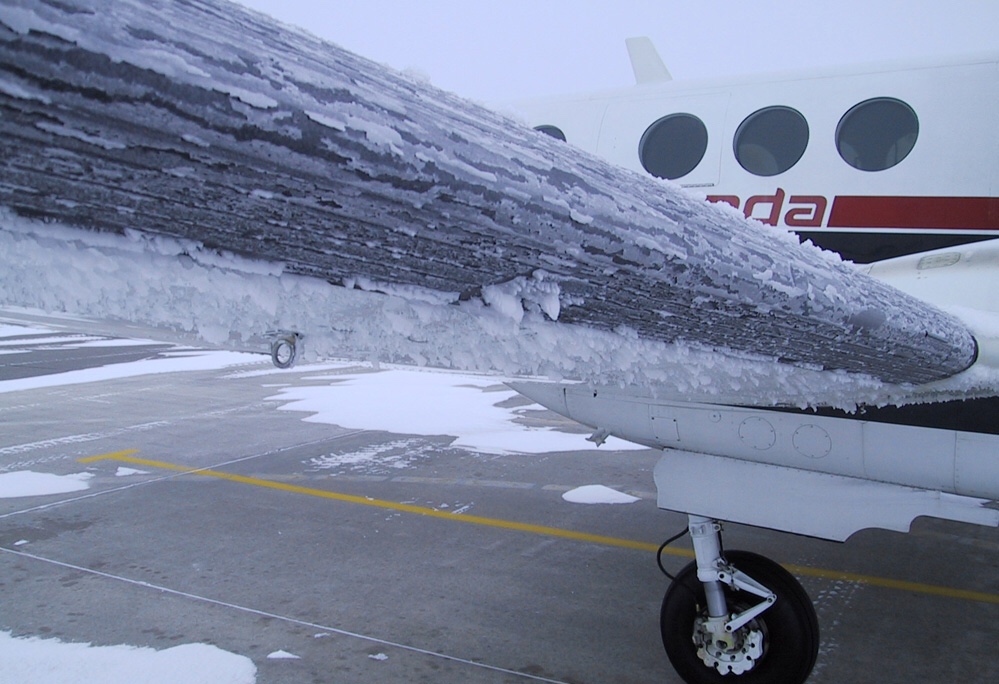 It’s a balmy 20°c on the air strip and the sun’s out. So why do you need to think about Ice, pitot Heat and Carb Heat?

Ice is an important factor to consider when flying. Not only can ice particles build up on the plane wing (increasing weight and decreasing aerodynamics) and windscreen (decreasing visibility) but ice in the engine carburettor can seriously decrease performance, or worse. Ice in the pitot tube can also affect altimeter readings!

But how does ice build up when ground temperatures are above freezing?

Ice, Ice, baby (couldn’t help myself). It’s a huge issue and constantly comes up in GA accident reports. Here we take a look at how icing happens and why it is so dangerous:

Ground temperatures during the day are higher than at night – ice can easily form in the engine overnight and a cold start won’t melt it. Sometimes when starting an engine on a winter’s morning the engine is sluggish and shakes. This is probably due to ice (but check with your instructor or school if in doubt!) a few seconds with carbheat on should clear the issue. If not, turn off the engine and seek advice.

But, what about ice when flying? why do you need to put carb heat on as part of the circuit/downwind checks?

To answer this question, we need to know a little more about the aircraft engine, and physics:

To enable efficient combustion, air and fuel are mixed in the carburetor (to carburate actual means to mix air and fuel) – and in aircraft the pilot can lean the mixture when flying for longer routes to enable the highest efficiencies. The part of the carburetor where this happens is an egg-timer shaped cylinder called a ‘Venturi’. As the fuel vaporizes, it cools (read more here if you really want to!). Add to that the drop in pressure as the air passes in to the Venturi (more here) and the molecules inside there can easily turn in to ice – even in temperatures as high as 21 degrees Celsius!

These ice molecules head directly in to the main engine compartment and cause all kinds of issues, from a shaky plane all the way up to engine failure – which can happen faster than you think.

Bold Method has another great article on Carb Ice and other forms of ice here.

The CAA has written a lengthy article on this issue:

The following is an excerpt from a group member on Facebook giving some great advice on this issue:

“There is carb-icing and airframe-icing, one happens above 0C and depends on power & mixture settings and the other bellow 0C even when engine if off/max !

Refer to specific POH, even if the aircraft does not have a carburettor there is alternate air and frozen fuel servos/injectors on injected/diesel engines

On a side note, engine stopping due to freezing IMC is the least of your worries: prop & wing & tail will stop working first then it’s stall warner & windshield visibility second, if you read icing accident reports the engine was usually running at 100% power, also even in “FIKI aircrafts” (if you can afford spilling some fluids) you may lose radio comm in some situations (e.g. flying bellow freezing level in a cold front)