How Safe Is Flying General Aviation? 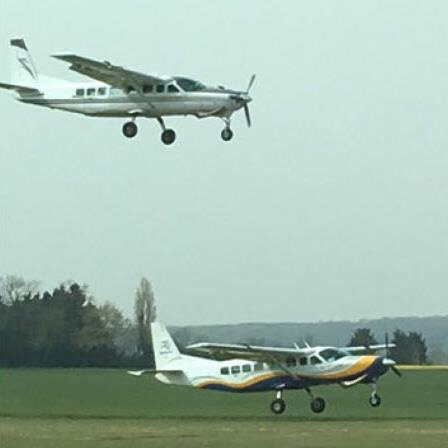 GA Flying, and learning the PPL process is an incredible hobby. So why is everyone’s first question “Isn’t flying dangerous?”

In this article, we look at the dangers of specifically flying GA aircraft, plus statistics of aviation as a whole compared to other forms of transport. So, How Safe Is Flying General Aviation?

The Good News About Aviation as a Whole

Commercial Air traffic is by far the safest mode of transport available today. The graph below explains this clearly – per billion passenger miles, motorbikes are far more dangerous than any other form of transport with 83 fatalities per billion miles travelled.

And this is couples with the fact that aviation has increased hugely in popularity over the past decades:

So, How Safe Is Flying General Aviation? – GA Flying, which represents PPL flights and other small aircraft movements across the UK have a different set of figures. Non-commercial aircraft were involved in 21 fatalities for the whole of 2016.

Statistics for GA are counted on a per-flight basis which makes it hard to compare with the above data.

However, with this information we can work our that GA flights have 10.7 fatalities per million flights, or 1 in 93,000 flights. Sounds like high odds?

That’s the equivalent of a GA pilot that flew an average of 2 flights per day EVERY day of the year flying for 127 years!

Yes but, how safe is General Aviation flying compared to other forms of transport?

Well, this is where the details should be separated. GA flying isn’t transport – it is pleasure. If it were transport only, it would be an extremely inefficient and unpredictable way to travel. Imagine your bus being cancelled due to a 20mph crosswind; or your train staying in the station because of a nearby thunderstorm.

GA pilots fly for fun. And many make their own aircraft – or fly classic aircraft. Many like to test their abilities by pushing their limits and the vast majority fly infrequently.

There is no firm way of finding an exact correlation between the transport statistics and the GA stas, but let’s give it a go: If we were to very roughly estimate that each flight taken was 100km, the above data would mean there are an average of 73 fatalities per billion km flown. Slightly less than roadbike fatalities.

YES! General Aviation flying is safe. As long you adhere to safety procedures and checks.

And it’s getting safer as the below graph shows over the last forty years! An independent study conducted on behalf of the CAA found General Aviation to be constantly improving safety standards.

So why ARE there so many General Avaition fatalities?

Richard Lloyd from Youtube Channel Fly At 45 has spent a huge amount of time researching this and has posted a really interesting YouTube video which we’ve included below:

There are further YouTube channels of interest here, including Fly At 45.